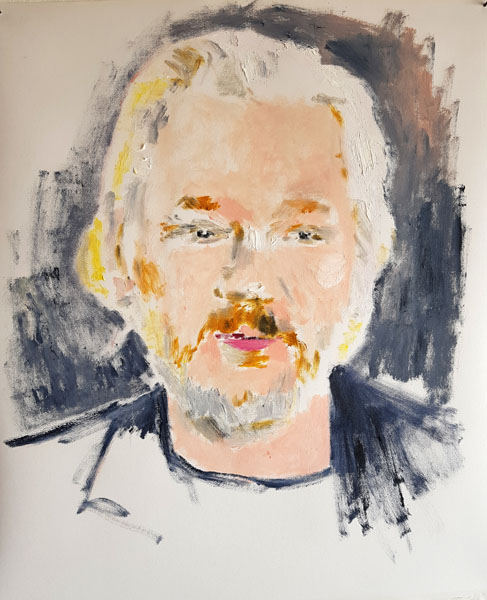 At a certain point, you decided to paint portraits of Julian Assange. One a day, or so. When did you start? Why Assange? Why oil paintings?

“The Assange Condition” is an exhibition that was conceived to not be visited; however, as you said in our previous interview, “it is NOT closed”. Moreover, it’s an exhibition that exists even without the works it was supposed to host – it exists and, for example, it is talked about. Here, and elsewhere.

Of course, Assange is not Jesus Christ: no one ever accused Jesus of crimes against other people. Like Christ, though, and more than any other famous person, Assange “toiled” for his cross, and then made it as heavy as possible, and impossible to put down.

A great catastrophe is upon us and we haven’t done anything, we stopped for the virus, but we haven’t done anything about the real problem that afflicts the future of the world, which is climate change. The privileged class lives totally separate from the majority of the rest of the world and we don’t even know they think, we don’t know anything about these people. The hope is that this silent majority, whose ideas or opinions we know nothing about, will rebel and stop working for us. I really hope they do something surprising. And at the same time if we, the privileged class, think of returning to the way it was before without doing anything, it means – as Bartolomeo Pietromarchi said – that we are already dead. 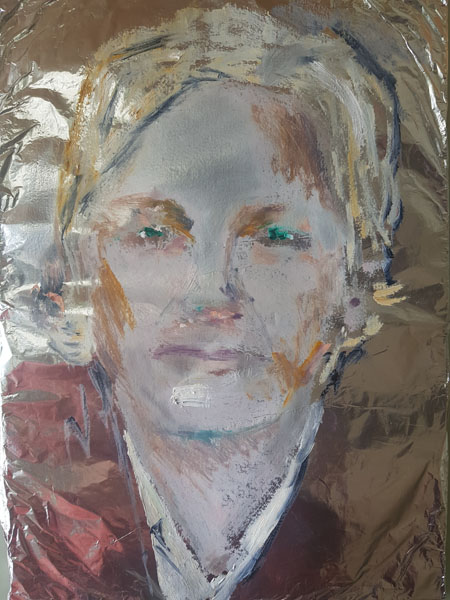 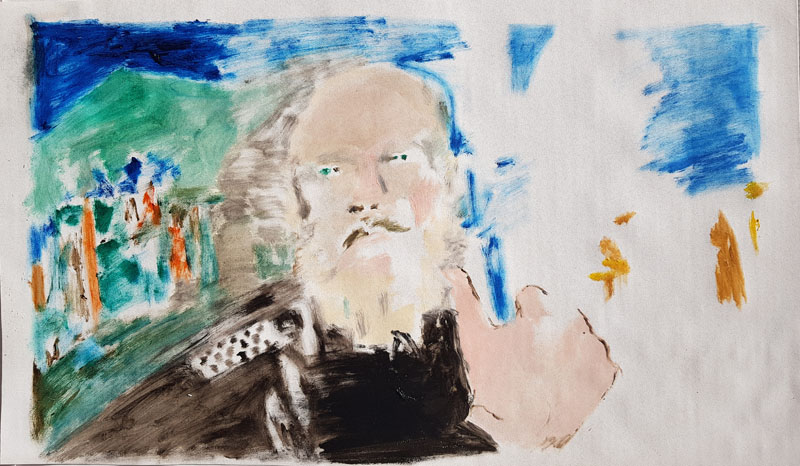 The portraits are published on your Instagram account and the first person who "likes" them becomes the owner of that day's portrait. What's behind this mechanism?

if no one wanted the painting, the project wouldn’t exist, and I would probably have stopped painting Assange. Looking back at the reasons that led me to begin this project, I think that I was initially trying to establish some form of "relationship" with Assange. In a way, this relationship became apparent when I saw that so many people were excited to receive his portraits: somehow, I felt that he was becoming part of my "struggle" as an artist, and I was becoming part of his struggle, even though they are very different. On the subject of social media, I would say that, ever since they have become part of our lives, they are my studio – everything I do passes through them. There was no desire to criticise the art market; rather, I felt the need, practical but also psychological, for someone to acquire these portraits immediately, just as soon as they were finished. Receiving money wasn’t important, nor was I interested in the buyer's profile. I had to feel like I was giving them to someone. And that was how I came to the idea of the free offer.

It's not generosity
It's Propaganda

We are His Power, he is Our Force

We are His Power, he is Our Force 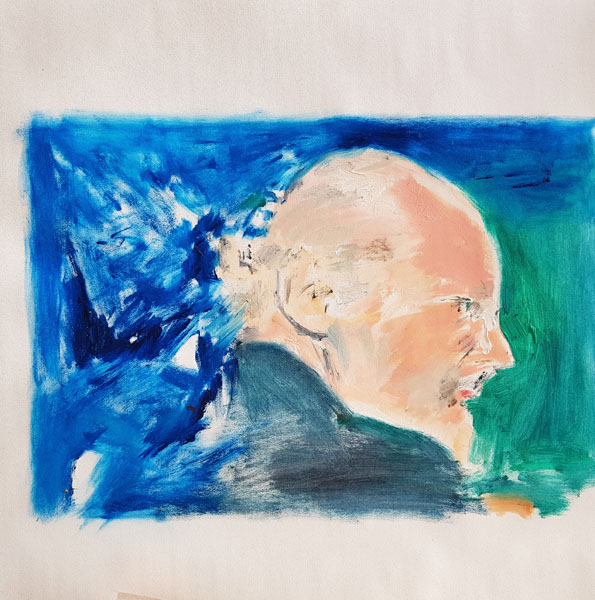 The South is Our North

TeleSUR’s trajectory reminds us that the task of criticizing the Left cannot be abandoned to the Right.

Just as every party in Argentina tries to claim Juan Perón’s legacy, so every government tries to bring Maradona into its fold. 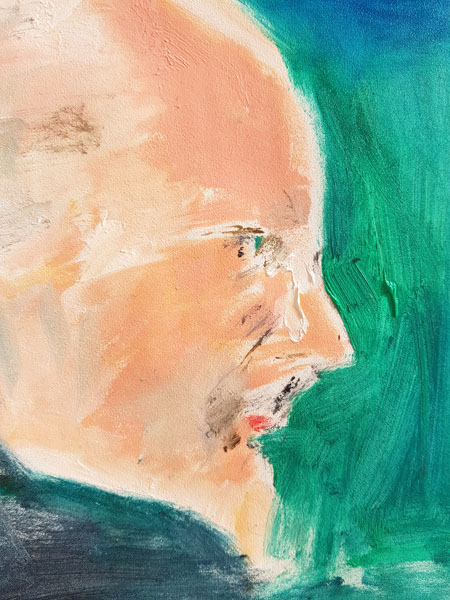 Moral Outrage in the Service of Empire

Human rights are worth defending. Human Rights Watch is not.

With help from US churches, the evangelical right has won a foothold in Central America.

Left parties must take measures to stay connected to their bases.

The “patriotic bourgeoisie” is a myth.